Singapore is a sunny, tropical island in Southeast Asia, off the southern tip of the Malay Peninsula. Singapore is a city, a nation and a state. It is about 275 square miles, smaller than the State of Rhode Island, and inhabited by five million people from four major communities; Chinese (majority), Malay, Indian and Eurasian. Since its independence on 9 August 1965, the country has adopted a parliamentary democracy system. Currently, the government and the cabinet are led by Prime Minister, Lee Hsien Loong while President Halimah Yacob is the Head of State.

Singapore is known as a City in a Garden and nearly 50 percent of the island is green space. It is a thriving metropolis offering a world-class infrastructure, a fully integrated island-wide transport network, dynamic business environment, vibrant living spaces and a rich culture largely influenced by the four major communities in Singapore with each offering a different perspective of life in Singapore in terms of culture, religion, food, language and history. 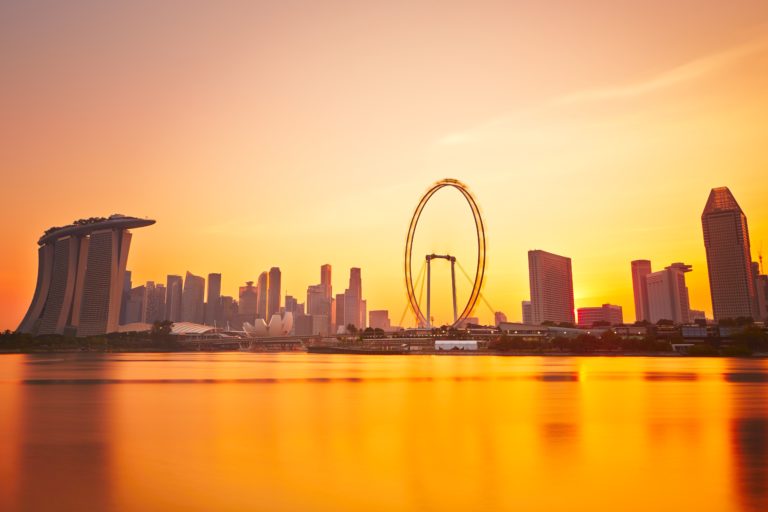 Singapore is hot and humid all year-round, with temperatures usually reaching over 30°C. You should be prepared for rain at any time, which can be torrential but usually brief.

A Goods and Service Tax (GST) of 7% applies to all consumer goods and is included in retail prices. Most food establishments include a service charge of 10% in their charges.

Tourists can claim a refund on the 7% Goods and Services Tax (GST) paid on your purchases if you spend more than $100 at any participating shops.